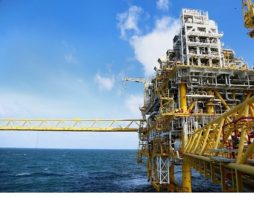 The news on the world class oil discovery of Zama-1 exploration well in Block 7, Offshore Mexico has been announced by operator, Talos Energy LLC, together with its partners Sierra Oil and Gas and Premier Oil.  The Zarma-1 exploration well is the first offshore exploration well to be drilled by the private sector in Mexico’s history. This new discovery will significantly help reverse an oil output slum dating back to 2004 and kick-start a strong economic growth.

It is estimated that the well, located in 546 feet of water and approximately 37 miles from the Port of Dos Bocas, may need an accompanying block. This is due to the fact that the well has reached an initial shallow target vertical depth of approximately 11,100 feet and this new find could house in excess of one billion barrels of oil.

Zama is believed to be one of the 20 largest shallow-water fields discovered globally in the past 20 years. A liner is currently being settled to protect the discovered reservoirs. This is prior to drilling deeper exploratory objectives to a total vertical depth of approximately 4,200 metres.

Preliminary analysis indicates an adjoining gross oil bearing interval of over 335 metres, with up to 200 metres of net oil bearing reservoir in Upper Miocene sandstones having no contact with water. It also indicates initial tests on recovered hydrocarbon samples contain light oil, with API gravities between 28° and 30° and some associated gas.

The future looks bright for Offshore Mexico now for years to come and there is a spirit of ingenuity with the creation of local jobs and increased government revenue for the country.